Peking/Trier. Starting 29th of october the People's Republic of China will allow its students to participate live and on-line in Internet lectures abroad. This is what Professor Christoph Meinel (48), Director of the Institute for Telematics e.V. in Trier, told journalists today. Starting October 29 the computer science students of the Peking Polytechnic University will participate every Tuesday and Thursday, together with other Internet users, in Meinel's lectures on Internet technology. The lectures will be held live on the Internet under www.tele-task.de between 8.15 and 10 local time. The focal point of the on-line lectures held in English transmitted using the latest technology will be "the flaws and weaknesses" of the Internet. Prof. Meinel is a Computer Science Professor (C4) in Trier, Germany's oldest town. 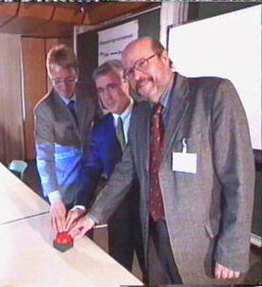