He is one of the world's leading IT pioneers, founders and patrons of science and culture: Hasso Plattner, founder and donator of the Hasso Plattner Institute (HPI) celebrates his 75th birthday on January 21, 2019.

When Hasso Plattner founded SAP with several companions in 1972, he did not just want to build something that already existed. He wanted to create something completely new. Today, 47 years later, SAP is the most valuable German company and the fourth largest software manufacturer in the world.

Plattner, who through the success of SAP became a very wealthy man, wants to give something back to society. All over the world, he supports projects in sport, culture and on social issues. In particular, he is involved in science and in 1998 founded HPI. His vision: a university computer science institute for the training of urgently needed international, young IT talent. For more than 20 years, HPI has been internationally recognized as an excellence center for digital engineering. More than 1,000 alumni work in leading positions worldwide and more than 160 HPI start-ups have emerged.

Plattner himself not only finances the institute, but also runs his own department, "Enterprise Platform and Integration Concepts" (EPIC), with numerous doctoral students. He appreciates the regular exchange with the students and announced in 2016 that he wants to expand HPI in the coming years. Just one year later, HPI and the University of Potsdam jointly set up the first privately financed faculty in Germany. Two new master's programs, Digital Health and Data Engineering, already started at the Digital Engineering Faculty in the autumn of 2018, with the Cybersecurity degree program to follow in 2019.

"The promotion of science has always been a matter of the heart for Hasso Plattner. Numerous pioneering innovations go back to him, "says HPI Director Professor Christoph Meinel.

Key examples include HPI's research topics In-Memory Data Management, the founding of the HPI Research School with its global offices, and the founding of the HPI Schools of Design Thinking. "His spirit, his knowledge, his diverse interests and his sure sense for innovations beyond the field of IT have inspired many people and projects far beyond HPI in recent decades. With his strong intuition for digital innovations, he has initiated many developments worldwide and has fueled and shaped them as a driving force," says Meinel.

Hasso Plattner has received many awards for his outstanding achievements in recent decades. Just in December 2018, Plattner was honored with the Werner-von-Siemens-Ring, one of the most important German scientific-technical awards.

We congratulate our founder and thank him for 20 years of the Hasso Plattner Institute! 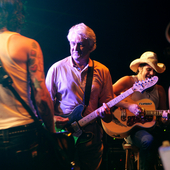 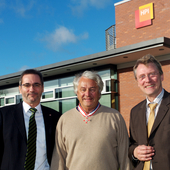 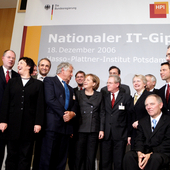 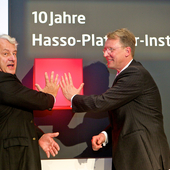 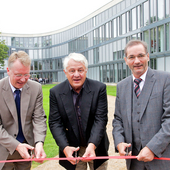 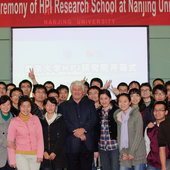 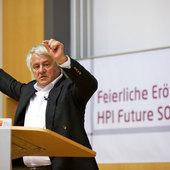 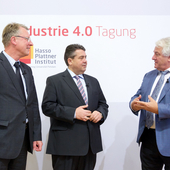 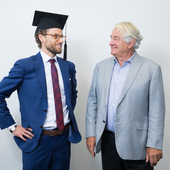 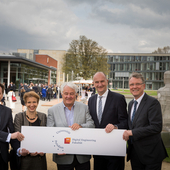 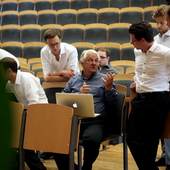